Imagine all the busses, boats, monorails, trains, and gondolas in Disney World as (quasi-public) transit system. Then make a transit-style map of said system. It’s fun, but a little dismal once I think about it. 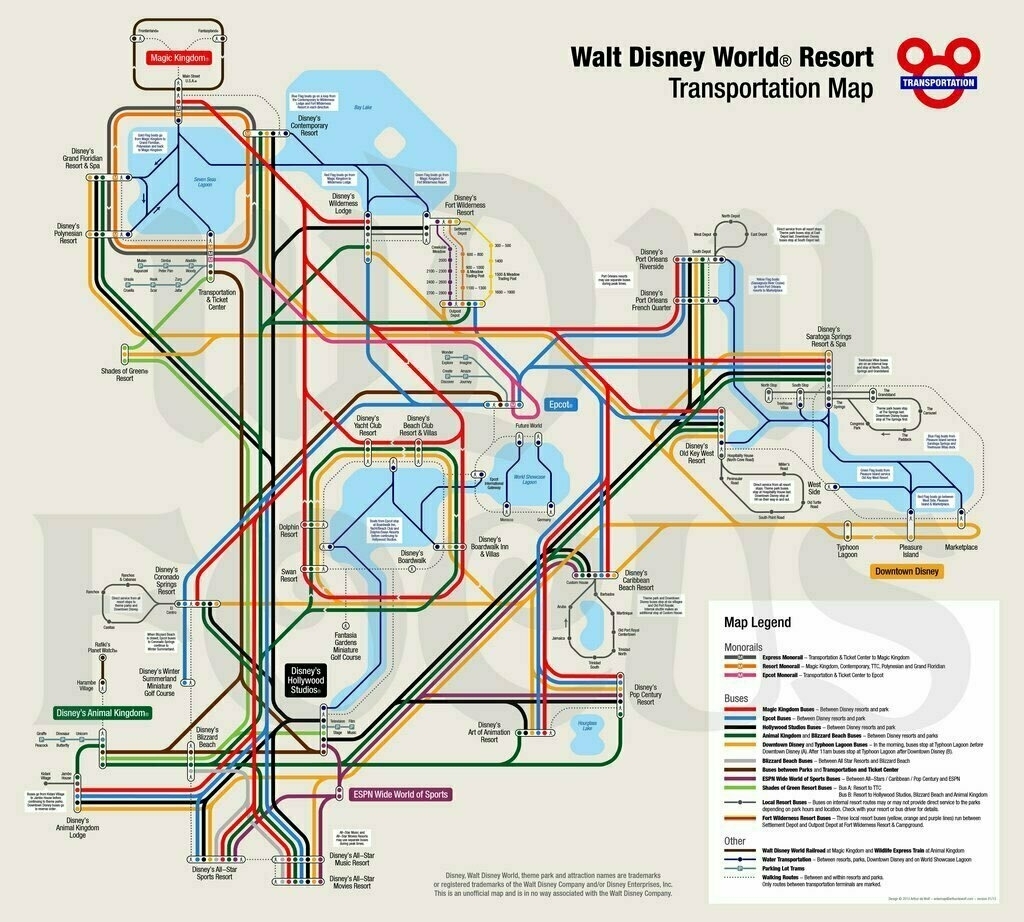 Walt Disney World has significantly better transit than most cities in the US.

America’s fantasy world, it turns out, is a place you can get around without getting into a car.

Definitely a top 10 reason (but probably not top 5) I enjoy and find Walt Disney World so intriguing.

Adjacent: if the best transit system many middle/upper-class Americans will experience is a rigorously-top-down, corporate quasi-state, well, that’s a pretty sick burn on capitalism.

“A developed country is not a place where the poor have cars. It’s where the rich use public transportation” — Gustavo Petro, Mayor of Bogotá