I jumped into a short un-conference organized/hosted by Andy Matuschak last weekend. Within this humble Gather, I came across lots of intriguing people and energizing ideas. Some notes and a few follow-up ideas: 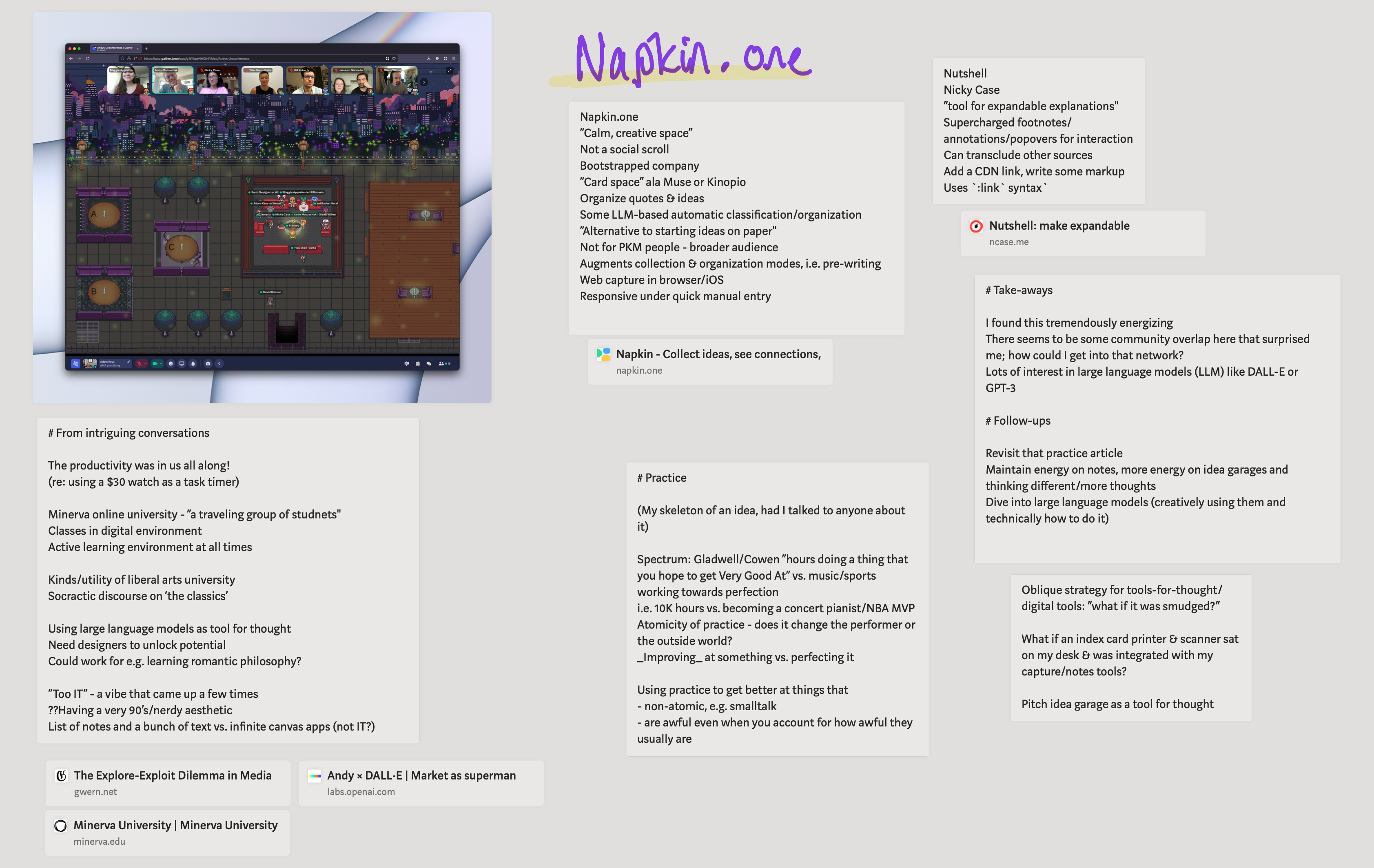 Napkin is space for ideas and not, it seems, about note capture as an end. Rather, it’s about throwing ideas or quotes at the (metaphorical) wall and letting the system organize them into clusters or connections. If you like some of those idea, you organize the ideas into a linear outline and export that to whatever you like to write with.

Nutshell is about adding an extra dimension to documents on the web. The creator, Nicky Case, described it as a “tool for expandable explanation”. Those explanations take the form of popovers that may contain a bit of text (like a footnote/annotation), a scraped reference to another page (transclusion), or a fully interactive gizmo to explore an idea in a more tactile manner.

Excitement about applying language models (e.g. GPT-3 or DALL-E) to generative creativity came up a few times. Some of the applications demoed were already using language models to augment insight or obviate manual human organization. Using models to ‘read between the lines’ of captured notes/human input and generate new ideas came up as well.

Dissatisfaction with some current PKM tools came up a couple times. In particular, seeking note capture or memory recall as a (customer) engagement end rather than as a means to thinking more/better thoughts. I think I heard a couple criticisms that some tool was “too IT”, but I’m not sure I even heard it correctly or what that would even mean! 😆

Overall: highly recommend seeking folks using computers to augment their ability to create and remember instead of stopping at “finally got my notes app just the way I like it”!